The Why of Strongholds 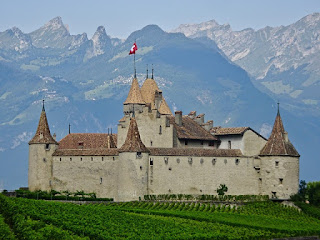 It's a hazardous undertaking for civilisation to expand into wilderness. There are wild animals, monsters to contend with, hostile people who were there ahead of you, and other expanding kingdoms closing in. Everyone feels better knowing there are thick stone or wooden walls nearby they can shelter behind when they need to.

This stronghold protects a:

A historical fact is:

An outside threat is:

An inside threat is:

Email ThisBlogThis!Share to TwitterShare to FacebookShare to Pinterest
Labels: The why of